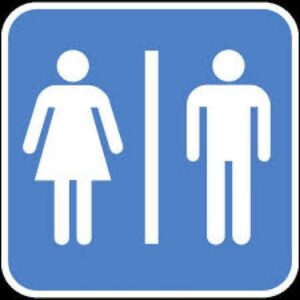 When it comes to technology there has been a definite perception that it is only of interest to the male sex. Just think of the skinny, T-shirt clad, bespectacled geek so favored by Hollywood moviemakers to realize the truth of this. But there has been a shift of late to make technology more attractive to women to try to bridge the digital gender divide.

Technology companies once had a very clear image of their target demographic: a young man aged between 18 and 35. Such young men were the users of the gadgets and equipment they produced and it was they that decided which were good and which not. This digital gender divide was replicated in the boardrooms of technology companies, with barely a woman board member in sight. But recent studies in the behavior of technology use has revealed that this demographic is no longer true.

Why is this? Well, the most significant factor in women’s increased take-up of technology seems to be simply engagement and ease of use. Technology provides more ways for women to connect with other people, stay in touch with friends and families and become part of larger, specific online communities. Technology can also simplify many of their tasks or activities they carry out during the day, using apps they have downloaded to their smartphone or tablet, such as calorie counting, exercise trackers or even banking apps. Women are more likely to spend a greater amount of time on the phone than men, talking, texting and shopping online. Women are the biggest users of online tools, such as Skype, and are more involved on social media sites, such as Facebook and Twitter, where some will literally spend hours each day. Women are the largest group of users of Internet-enabled devices, which include e-readers, GPS and healthcare tech, wearable or otherwise.

Women are also seeking their entertainment and enjoyment online. For example, bingo is having a revival of interest, with many women playing online at sites like Wink Bingo rather than venturing out to a huge bingo hall, whereas there is still a perception that a man will favor the real world of gaming houses and casinos, perhaps because they can get a beer at these and go out for dinner afterwards. But it is not just traditional forms of gambling and game playing that women are attracted to. In the world of gaming, to take just one other example, women are just as likely to be sitting down at a gaming station to play a single or multiplayer game as their male counterparts.

Some other interesting statistics have come out of recent gender studies. When it comes to security online, it seems that women are far more cautious about sharing personal information than men. Of the respondents to a recent survey, 78% of women admitted that they were wary of giving away too much information about themselves, and would try not to include birth dates, actual physical addresses or social security numbers in social media posts compared to only 63% of men who said the same. The lack of faith in security also translates to how protected women feel their technological devices to be against attack from viruses and from accidentally installing either spyware or malware. Interestingly, almost the same amount of men and women claimed they would like additional security measures to be made available online, so it seems there is practically no gender divide when it comes to feeling safe online. Women are also more likely to implement long-term changes to their online behavior to prevent having to deal with similar problems in the future, while men are more likely to forget the trouble they had to rectify any problems and just take a chance that such problems will not occur again.

It is plain to see just how the gender divide has narrowed in terms of technology when one considers the advertising being employed. Big tech names are keen to show in their marketing both men and women enjoying the technology they produce rather than trying to appeal to only men.

It seems that the gender divide in regards to technology has narrowed considerably, as more women take advantage of what it has to offer and providers wake up to the fact that they are missing out on at least half of their consumer base if they continue to ignore the female sex.

Turi: A Boost For Apple’s Siri?