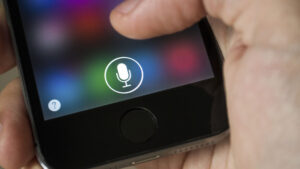 Apple is said to have been lagging behind its competitors like Google, Facebook and Microsoft in the field of machine learning. So they reportedly went and spent a cool $200 million to buy themselves a company/startup that’s been good at it for years.

The maker of iPhone has bought a startup called Turi which specialises in machine learning, artificial intelligence and a host of other futuristic technology. It doesn’t take a genius to figure out the reason behind Apple’s latest product purchase but clearly, there’s more to it than merely integrating the service.

With Turi, Apple could reinvent Siri into a more powerful voice tool that is smarter and intuitive enough to help users in their day-to-day life. It’s easy to forget that Siri was an app built by a company called Siri Inc, and bought over by Apple on 28 April, 2010 in order to thwart the app from making its way to BlackBerry and Android phones.

Over the years, Siri has been serving iPhone users, but there hasn’t been a dramatic improvement. This is where the likes of Google Voice Search and Microsoft with Cortana have slowly but surely added the machine learning impetus to their armoury. It’s time Apple did Siri a huge favour and made it future-ready.

Most features offered by Apple are someone else’s creation. Siri was upgraded with features made available by VocalIQ and Perceptio.

VocalIQ was mastering the use of machine learning to allow voice assistants to engage in more realistic conversation. Perceptio focused on helping AI systems run on devices while sharing limited amounts of personal user data.

With Turi, Apple expects to up its machine learning ante, ably supported by the startup’s AI capability.

Turi’s product line up comprises Turi Machine Learning Platform, GraphLab Create, Turi Distributed, and Turi Predictive Services. All of these give you the best use case for data in all forms.

Industry experts are of the opinion that Turi could be Apple’s biggest buy in order to get its machine learning and AI wheels moving.

While the reported sum of $200 million spent by Apple to buy Turi may be small change for the former, this bargain could be a masterstroke on Apple’s part.

Sundar Pichai, CEO, Google had informed the world that Google shifted its focus to machine learning and AI 3 years back.

While it is too early to say that Apple is lagging behind its Android rival, surely the company doesn’t need more smoke gun signals to realise that the work for future needs to happen now.

This could mean all hail Turi, in the form of Siri.