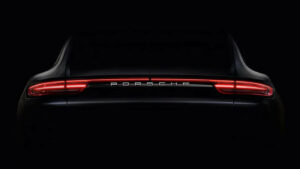 It’s not that we didn’t like the current Porsche Panamera, but as most of the world said, it could have been a lot better. But the teaser of the upcoming Panamera has us excited.

The company has just released a video for the future version of the Panamera that as Porsche puts it, ‘Courage will change everything’.

All auto-freaks will be hoping that Porsche manages to live up to its billing with the new Porsche Panamera that reminds us of the current 911 series. In all probability, the Panamera will be powered by a V8 engine based on new set of technology. But what’s with the curves at the back Porsche?

We’ll know more about the looks of the new Porsche Panamera later this month when it is expected to be unveiled in Berlin.

Apple Fighting For A Foothold in The 1.3 Billion Indian Market.

App Developers Can Expect More Money from Google and Apple