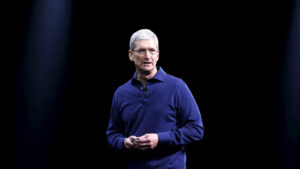 It looks like Apple’s might finally get to open its Apple Stores in India very soon. According to reports, the Indian government is considering letting Apple open up stores in the country without the 30 percent local sourcing clause.

India’s smartphone market is dominated by Android run devices and with 1.3 Billion potential customers, Apple is keen on getting its fair share of the cake. But the high price for the hardware and the dependance on apple’s, sometimes, pricey services may be an obstacle.

The Finance Ministry and the Department of Industrial Policy and Promotion (DIPP) are already in talks to put a plan in motion.

It seems Apple is getting its fair share of special treatment, especially when you consider that their local sourcing clause is exempted on the basis of them offering ‘cutting edge technology’. This is the first time a foreign company in India is being considered under this special clause.

One Step at a Time

However, according to the report, the exemption on local sourcing will be applicable only for a couple of years, after which, the company will have to comply with the local sourcing norms and also create jobs jobs for Indians.

According to Apple, the three year window enables them to at least enter the country, start with their business, and gradually shift their focus to developing modules for local sourcing.

Why the Love for Apple?

Prime Minister Narendra Modi’s Make in India is still in its nascent stage. The project is dependent on foreign brands setting up shop in the country and Apple making itself at home is the best endorsement the initiative could have got.

The Porsche Panamera Teaser Shows You Porsche in a New Avatar