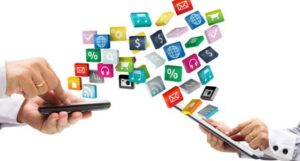 Hey app developers, there’s some good news from Google and Apple that will help you make more money for making their apps. Both the IT giants have revamped their business model which ensures that you get more money for each downloaded app by the consumers.

According to reports, both Google and Apple have been internally testing out the viability of this process. However, one must understand that the policy accrued here by Apple and Google are slightly different.

For iOS developers, their share will be only paid after a consumer has been subscribed for more than a year. Google on the other hand, is flexible and lenient enough to release the money in the direction of Android developers right away.

Android is the most popular mobile platform in developing countries, primarily due to its availability on affordable devices. While iOS has kept its sanctity with stringent app certification norms, Android has flourished with its open-source approach that comes with its own caveats.

The Porsche Panamera Teaser Shows You Porsche in a New Avatar