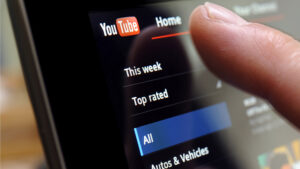 It is hard to call Facebook a social networking platform anymore. It was once the place where you could add friends and stay connected with them. But as things stand, Facebook has tried the LinkedIN model, and just because they couldn’t be another WhatsApp they bought it for a massive $19 billion.

And now, they’ve set their eyes on YouTube so that they can capture a wider user base who like to watch a lot of videos.

For this, Facebook isworking on a new feature called “Slideshow” which will include music from Warner Music Groupto help users create “soundtrack options” as per media reports. Facebook, with 1.59 billion users worldwide, is exploring new ways to work in conjunctionwith the music industry.

The company earlier initiated talks with music labels about licensing a limited number ofsongs that a user can upload, like summer vacation videos or birthday parties.

The feature will be positively received by music labels at a time when they are downhearted due to the volume of unlicensed user-generated content at YouTube.

It is hard to imagine Facebook could have seen itself as a platform for video-streaming but there’s a good reason why they think it can work.

YouTube is the most popular video streaming site right now, but the openness of YouTube has made sure that music artists and labels shy away from the platform because you have umpteen number of titles and playlists existing under one roof.

YouTube ends up making over $8 billion in revenue from its video business and those numbers are more than enough to catch Facebook’s attention. So, even if they manage to eat into 10 percent of the moolah that YouTube makes, Facebook will have earned its pie.

Virtual Reality, Chat Bots and Now Videos. What Next Facebook?

Looks like Mark Zuckerberg has taken the ‘sky is the limit’ to the hilt. The company has kept itself occupied with a flurry of products and divisions, that reminds us what Google has been doing all these years. But in fairness, Facebook might have found the right trick to keep itself relevant at a time when technology is evolving at a fast pace.

Whatever may be the case, Facebook has its kitty full and it’s safe to say that it is here to stay.

Review: The Amazon Kindle Oasis E-Reader, You May not Need It but You’ll Want It