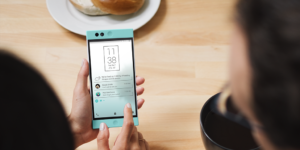 Nextbit is popular in the market for making the first-ever cloud-storage supporting smartphone. The Robin has been available across the world and gets shipped to India as well. But now the company is officially set to enter the Indian market with its smartphone that works primarily as a cloud-based smartphone.

Nextbit, the creators of “cloud first” Android phone, will enter the Indian market with the launch of its smartphone “Nextbit Robin” in May 2016.

The phone is priced at $400 and by the time it reaches a country like India, one might be looking at a $480 price tag for the Robin. But before we talk about the pricing of the product, one has to consider whether the phone with its unique cloud proposition can work in a country where internet connectivity is not its strongest suit.

Nextbit Robin offers 32GB internal storage and over 100GB of space on the cloud. In India, cloud storage is primarily linked with Google Drive, One Drive or Dropbox-like products. Most brands like Asus, HP, and Acer offer bundled cloud storage up to 200GB that is never preferred by the users.

What are the reasons? Firstly, you need a reliable internet connection to make use of cloud-storage, let alone a device that specialises in cloud storage. India, like many other countries in the region, has slow internet speeds, and that doesn’t make for happy reading.

So, for Nextbit to turn Robin into a success in these countries, they will be better served by partnering with the likes of Airtel, Vodafone or other big names.

Why Now? Who Needs It?

People in India have been able to buy the phone without the company being physically present. So, why does Nextbit think that if they come to India, their chances of selling big with consumers increases? After all, the product remains heavily cloud-reliant which won’t be at the top of the feature list for everyone.

Now that we’ve done away with the product, let’s understand who will be interested in buying the Robin. Here are the possible buyers:

The Cloud is the future and Netflix is betting on this future, but maybe they are a little ahead of their time (expanding worldwide). In most parts of the World, internet connections are not at their best and high-volume, high-speed data packages are still on the luxurious side.

Time’s up PCs! Consumers Prefer Smartphones Over You