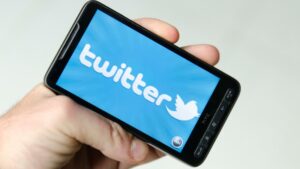 Microblogging site Twitter has proved a treasure trove for news hunters over the years, but new research shows a sharp decline in the news flow to and from news organisations on the website.

The social media platform is now responsible for just 1.5 percent of traffic for a typical news organisation, says a study carried out by the social analytics company, Parse.ly. Website Digital Trends reported that the median publisher saw just:

But there are digitally-savvy publishers who are performing better.

“It is not necessarily about the amount of Twitter activity a publication maintains,” Parse.ly noted.

Rather, the websites achieving high levels of engagement “are producing interesting and shareable content that appeals to a large number of people.”

Digital Trends website in a reportThough Twitter may not be a huge overall source of traffic to news websites relative to Facebook and Google, it serves a unique place in the link economy. News really does ‘start’ on Twitter.

The top five percent of publishers average 11 percent of their total traffic from the site. Organisations like Nieman Lab saw 15 percent of their traffic come in through Twitter – mostly because its “audience is made up of digitally-savvy journalists”.

Even so, though, based on these figures, Twitter doesn’t seem to actually be doing much to disseminate news across social media.