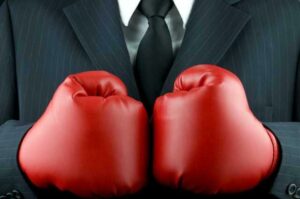 The FCC has officially filed their Title II net neutrality plans with the Federal Register opening the doors to multiple lawsuits.

It has been over a year since the FCC decided to overhaul its stance on what to do about telecoms, cable and satellite providers who offer Internet services to their customers. After literally millions of comments poured in and the issue of net neutrality became a political badminton birdie the FCC finally decided to dust off the old Title II regulations and apply them to ISPs. This would effectively give the FCC the power to investigate and, if necessary, fine ISPs who break the rules.

The whole reason for this blowup came a few years ago when the FCC tried to fine a teleco for some Internet hanky-panky but the courts decided that under the existing rules the FCC didn’t have the authority to fine Internet service providers for messing with people’s Internet service. So the FCC went back to the drawing board to work out a way to bring ISPs under FCC jurisdiction. According the new 400 page filing, ISPs will be reclassified as communication carriers under Title II and that would place them squarely under FCC oversight.

Now the FCC has said that they aren’t going to do anything about what rates ISPs charge or how they bundle or un-bundle their services but they will monitor ISPs to make sure they don’t play favorites with Internet content providers.

According to Claude Aiken, deputy chief of the FCC Wireline Competition Bureau’s Competition Policy Division, “By this, we mean that broadband providers may not favor some lawful Internet traffic over others in exchange or consideration of any kind. In other words, no fast lanes. This rule also bans ISPs from prioritizing content and services of their affiliates.”

The FCC has also stated that they will overturn local laws prohibiting cities from trying to start their own Internet services (although only on a case-by-case basis). This could mean an end to cable broadband monopolies where local laws protect them from any competition.

Obviously the telecos, cable and satellite companies who provide Internet services are not happy about any of this. They don’t want anyone to have the power to hold them accountable for how they treat or mis-treat their customers and they certainly don’t want competition.

So there are three possibilities; one, there will be dozens and dozens of lawsuits against the FCC (which FCC chairman Tom Wheeler claimed won’t hold up in court) or two, the telecos et al will let a few people sue and see how it goes before they jump into the pool too, or three, congress will step in on behalf of the ISPs to gut the FCC’s authority.

Personally, I think the new rules are a good thing and I applaud the FCC for finally stepping up to the plate on such a critical issue. Hopefully it won’t take decades of court battles to settle this.

Even cheaper Chromebooks on the way