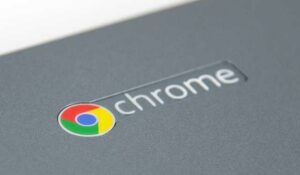 If you are a die-hard PC or Mac snob then you might want to turn away, sub-$150 Chromebooks are about to hit the shelves. Oh sure, they are just Chromebooks after all, but at prices starting at just under $150 a lot more people are going to start wondering if it might be time to pick one (or even two) of these babies up.

When Chromebooks first came out I was intrigued. They seemed like a perfect solution to my wandering needs. Ultra-light, ultra-thin, keyboard, screen and just enough oomph to surf the web, check e-mails, maybe go on Facebook and finally do a little writing. But that’s where Chromebooks seemed to hit a wall. There just weren’t any word processors available that would run on the Chrome OS – at least none that I would consider usable. So I put those Chrome dreams aside and when the time came to replace an aging laptop I bought another laptop instead.

But now, with Microsoft Office apps available to use online and storage also available online those objections are moot.

The latest wave of near $150 Chromebooks are still not as powerful or fast or versatile as a laptop and they don’t have high-end displays or built-in 3G or 4G cellphone capabilities. And they may not be made from impact resistant titanium (or even metal in some cases). And the keyboards may be ‘just good enough’ to get by. And they are never going to be the first device of choice for gamers. But for the most part they do provide just enough power to perform 95% of the tasks that most people actually need them to perform.

These new devices are going to appeal to folks who don’t know (or care) what a CPU is or what RAM is for, they just want to get online, visit social media sites, check and write emails and that’s about it. They don’t really need a full-blown laptop or fancy tablet and they certainly don’t want to pay a lot of money for one. And finally they aren’t mentally locked into a name brand like Apple or Microsoft.

Sometimes, those of us who are in the business of writing about technology on a daily basis forget that there are billions of people out there who don’t really care about the latest and greatest new computers and the hundreds of thousands of people who do care about specifications and benchmarks are in the minority.

We may be on the verge of a time when our computing devices are almost disposable and brand names don’t really matter anymore.