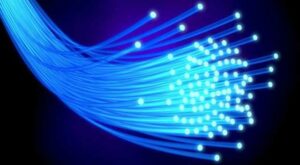 AT&T is rolling out their high-speed, fiber-optic broadband service dubbed GigaPower in Cupertino, CA and they are offering a $29 discount to subscribers who agree to allow the telecom giant to monitor their browsing habits.

The GigaPower service is currently only available in some areas of the city and comes with a fairly hefty $139 per month service charge ($110 if you agree to let them snoop on your surfing). You can also get their TV and voice services for a combined $209 a month ($180 a month with the opt-in).

Theoretically AT&T will be able to offer customized advertising based on user’s online habits. If they see you searching for Italian food they might be able to serve you ads containing discounts or coupons from local pizza joints. Reading up on famous castles in England might be followed up with ads from travel agencies. Following you favorite rock star’s Facebook page might result in a promotional ad for their next concert tour.

It’s an interesting gambit on AT&T’s part – a test to see if people would willingly give up their Internet privacy in exchange for a discount. Given that Cupertino is one of the richest cities in the Bay Area it’s easy to imagine advertisers being interested in pushing their high-end products to an affluent audience (and anyone who can afford $110 a month for Internet service certainly has plenty of expendable income).

But at the same time, I wonder how many rich people would be willing to sell their privacy for a mere $29 a month?

I have seen some surveys done recently that suggest there are a fair number of people out there who would be willing to sell their browsing data in exchange for a few discount coupons, and I suspect that many of them figure companies like Google and Facebook are already sucking up their data and selling it, so they might as well get something from somebody. But I also suspect that there are more people out there who would like to try and stem the tide of rampant snooping.

Now I live about 75 miles north of Cupertino but unfortunately I’m on the wrong side of the SF bay so I’m not likely to see GigaPower or any other fiber-optic offerings from anyone in the next twenty years which means I won’t have to make that choice. Or perhaps I should say, I don’t have a choice. And I wouldn’t be surprised to discover that my current Internet service provider has been monitoring my online activities and selling that data to the highest bidders all along…without any discounts on my bill.