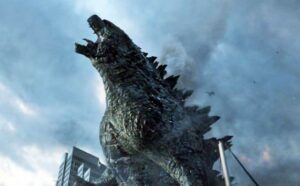 The latest American reboot of Godzilla came out last summer, and it got mixed reviews – a lot of fans didn’t like the fact that you didn’t see him until about an hour into the movie – but there’s always the Japanese version of Godzilla, and a new installment is coming next year.

Variety tells us that here will be a new Japanese version of the classic monster, Godzilla 2016, coming next year, and it will be the first new Asian edition of ‘Zilla since Final Wars, which came out in 2004.

There will be a tag-team directing the new Godzilla, Hideaki Anno and Shinji Higuchi, who co-directed a movie called God Warrior Appears in Tokyo.

While it remains to be seen if America will ever truly get Godzilla right. Thankfully his native homeland is still very respectful towards him and the monster’s traditions, so we’re definitely excited about Godzilla 2016. There will also be another American Godzilla, which is currently slated for a June 8, 2018 release.

Andy Serkis is Indeed in Avengers Age of Ultron