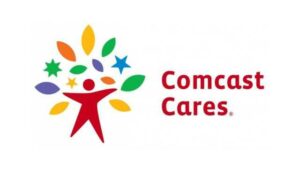 At a San Francisco event on Wednesday Comcast CEO Brian Roberts claimed that the company has no problem with net neutrality and that they have been complying with the principals for years.

According to Roberts, the problem they have with net neutrality is a matter of semantics – specifically Title II. Comcast believes in net neutrality, but not in Title II, he says, arguing that Title II would slow the expansion of the internet.

“We’ve had 20 years of a set of rules that have built, I think, this wonderful world that we all enjoy,” Roberts said. “We want to have those open internet rules. We want them to be enforceable. But we don’t want to discourage investing. We can’t find anything that Title II does to encourage investing.”

And, of course, since Comcast is a publically held company where investors basically demand higher and higher profits year to year if you aren’t growing your installed base or raising rates then the only way to increase profits is to cut costs – also not much of an encouragement to investment.

And let’s not forget that Comcast was compelled to adopt net neutrality rules as part of its merger with NBCUniversal…but only through 2018.

And, then again, after what many experts say was deliberate throttling Comcast essentially blackmailed Netflix into paying for access to broadband customers – decidedly not ‘net neutral’ behavior.

But we can assume that Comcast is trying to put on its ‘good boy’ face so that they can get approval for the proposed Time Warner Cable merger currently under review. The deal, if approved, would make Comcast the largest provider of Internet services in the U.S.

So Comcast doesn’t like the idea of having to adhere to Title II regulations because it doesn’t encourage investing. But Title II would simply give the FCC more power to punish ISPs who misbehave. It doesn’t have anything to do with investing in anything.

Comcast doesn’t want to be reclassified as a utility because it knows that its future actions might be subject to investigation and in all likelihood punishment when (not if) they abuse their power.

NVIDIA and IBM Aim to Power the US into Supercomputer Leadership

FCC wants some clarification from AT&T