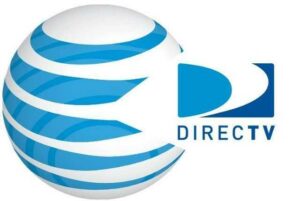 Jamillia Ferris, a former Justice Department antitrust lawyer hired by the FCC to review the AT&T/DirectTV merger has sent a letter to AT&T’s Senior VP Robert Quinn asking for some clarification of their fiber rollouts after AT&T’s announcement last week that they are putting their fiber plans on hold until the FCC works out their position on net neutrality.

AT&T CEO Randall Stephenson said last week that it would hold off its promise to deploy fiber to 100 cities throughout the U.S. until the FCC makes it clear what the future will be like, and “the Company would limit its fiber deployment to the ‘2 million additional homes’ that are ‘commitments to the DirecTV announcement’ and that any other fiber deployment would depend on the outcome of the Commission’s Open Internet Proceeding.”

Ms. Ferris (and a lot of other people) would like to know exactly what that means, since it sounds an awful lot like a threat.

The letter is quite specific about the information the FCC would like to have:

(c) All documents relating to the Company’s decision to limit AT&T’s deployment of fiber to 2 million homes following the acquisition of DirecTV.

Ferris asked Quinn for a response by November 21 and AT&T spokespeople have said the company is “happy to respond to the questions posed by the FCC in its review of our merger with DirecTV. As we made clear earlier this week, we remain committed to our DirecTV merger-related build-out plans.”

So we’ll just have to wait until the end of the week to see if they actually respond, how much information they will in fact divulge and whether or not any of that information will be made public.

Comcast claims they are in favor of net neutrality