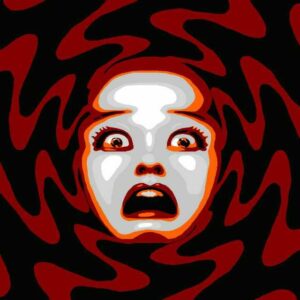 The moment you say ‘net neutrality’ ISPs across the country start crying foul. “The costs of new regulations would halt innovation. It would kill the Internet. We’d have to raise our rates. Everyone will suffer. ISIS will steal our babies. We’ll all get Ebola. The world as we know it will cease to exist.” Etc.

But why, exactly are large ISPs so afraid of net neutrality? Well the obvious answer is money. In our current system ISPs can charge content providers premium fees to carry their content to the ISP’s customers (who already pay the ISPs for access to content).

In more than one case the ISPs have purposely throttled access to some content provider’s sites rendering their content unusable. The obvious reason was blackmail. “If you don’t pay us extra, above and beyond what the subscriber already pays us, we won’t let your content through.”

Net neutrality regulations could make charging those fees or purposely slowing down content from anyone illegal. So that’s one revenue stream that would dry up. But those fees are a drop in the bucket compared to the money ISPs make on special bundles and pay-per-view.

ISPs are very worried that Internet offerings will cut into their own pay-per-view content profits. Already we’ve seen content providers like ABC, ESPN, HBO and others begin testing the non-tethered subscription service waters by offering their content online for a monthly fee. ISPs see this as a very real threat to their bottom lines.

Like a turnpike, if I build a special road then I can charge people to drive on it, but I can make a lot more money if I own the gas stations and restaurants on that turnpike. And I can make even more money if you have to rent your car from me (and if you want to drive a car that doesn’t come from my rental agency then I’ll charge yet another fee). And I can insure those profits will keep rolling in if there are regulations preventing anyone else from building a competing road next to mine.

Of course, if there is no competition then there really is no incentive to add more lanes or fix the potholes or reduce fees. In fact there is a strong dis-incentive to upgrading anything since any long-range infrastructure investments would cut into short-term profits – and stockholders aren’t going to tolerate that for very long. They don’t really give a damn about tomorrow, they want profits today.

Finally, ISPs are afraid of being held accountable by the FCC. As it stands now, the FCC doesn’t have the power to punish service providers for certain misdeeds (and the list of misdeeds is legion). A reworking of the FCC could give them the power to investigate and fine ISPs who break the rules. That could make it harder (or at least less profitable) for ISPs to cheat customers with false promises, fraudulent billing practices, undisclosed fees, cramming schemes, price fixing and on and on.

Virtually every service provider has been caught trying to cheat their own customers in one way or another. It happens over and over and over again, so obviously it has become a standard practice rather than a rare occurrence. The attitude is ‘we know it’s wrong but let’s do it anyway until we get caught and even then we will only have to return a small percentage of the money we stole, so either way we still make a profit.’

ISPs are afraid that if the FCC grows teeth it could possibly turn around and bite them…hard.

Guardians of the Galaxy Gets a Real Mix Tape