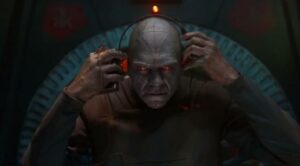 Guardians of the Galaxy was the surprise hit of the summer because it’s one of the least known of the Marvel superhero teams, but like Big Hero 6, this worked to Marvel’s advantage, giving fans a practically brand new franchise, at least compared to the classics every fan knows, to enjoy.

Not only will there be the obvious sequel, and a more kid friendly edition of the comic that will arrive next year, but as Collider tells us, there will also be an “Awesome Mix Tape,” that you can buy in stores on November 28, aka Black Friday, at local record stores.

Yes, it’s a cassette tape, not an album, CD, or download. Vinyl had a nice comeback in recent years, and now apparently tapes could be next. There’s plenty of places you can get turntables again, but finding tape players could be a little more tricky.

In any event, make sure to break out the old ghetto blaster for this one, and check the net for stores that will be carrying what’s sure to be a fun superhero blast from the past.

Why are ISPs afraid of net neutrality?

Will Christoph Waltz Take On Bond?