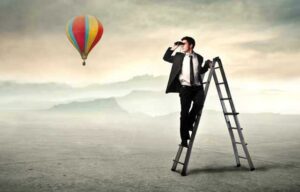 Amazon has launched a new publishing program called Amazon Scout that lets readers decide which new authors will get published.

The concept is simple. Authors upload their new novels to the Amazon Scout site. Readers can head over to kindlescout.amazon.com to preview the first few pages from unreleased books from aspiring authors, then nominate up to three at a time for publishing. Each book will have 30 days to catch the fancy of as many readers as possible. At the end of the 30 days, the Kindle Scout team will tally how many nominations the book received and decide if it’s suitable for publishing. If the book is published anyone who nominated it will receive a free, full-length Kindle edition as a thank you one week before it’s officially released.

The company said this method takes some of the guesswork out of deciding which titles to publish and it also benefits authors since the entire process from submission to selection takes no more than 45 days.

Writers can submit new books at KindleScout.com 365 days a year. Publishing contracts are offered through Kindle Press and include a 5-year renewable agreement, an advance of $1,500 and a 50 percent eBook royalty rate.

The amazing speed of e-publishing and the fact that once they are formatted the books cost next to nothing to distribute has opened up a new world where authors can once again find outlets for their work. It has also meant that e-publishers like Amazon can share more of the profits with authors.

Of course it has also meant that the doorways to publishing have fewer gatekeepers so just about anyone can slip in and that has resulted in a lot more questionable titles and lower standards.

Personally I’m a big fan of printed books (I’ve got thousands of them) but I have never been a big fan of the book publishing industry. In the past 40 or 50 years the industry has basically closed its doors to new authors.

When I first started writing you could buy a copy of an annual writer’s guide that listed just about every publisher in the world. Many of them didn’t accept unsolicited manuscripts (you had to have an agent to submit your books) but there were an equal number of publishers that would accept unsolicited manuscripts or at least would entertain a query letter. But as the years went on the number of publishers who would accept new authors declined until they reached a point where only a few will even consider new titles.

And even if you could break in it would take years before a title actually hit the shelves and if it didn’t take off in the first month the publishers would pull the title and never accept anything else from that author. On top of that many publishers used all sorts of tricks and sleazy practices that almost insured a new author wouldn’t succeed (and would get a pittance for payment).

So I’m not crying when I hear that traditional book publishers are struggling. I actually hope that Amazon and other e-publishers drive them out of business, even if it means I’ll have to read titles on my Kindle Fire.

Interstellar Official Reviews Are In