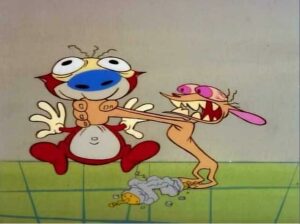 Barely a month after AT&T was slapped with a $105 million fine for its ‘cramming’ scheme it comes under fire again for throttling customer’s ‘unlimited’ plans.

On Tuesday the FTC filed a suit in the U.S. District Court of Northern California that claims the second-largest U.S. cellular phone network charged its customers for “unlimited data,” but begain  throttling data after they used just 2GB of data in a billing cycle. In some cases, speeds dropped by close to 90 percent.

In a surprisingly brief statement FTC chairwoman Edith Ramirez said simply, “Unlimited means unlimited.” And she added, “AT&T promised its customers ‘unlimited’ data, and in many instances, it has failed to deliver on that promise.”

According to the suit as many as 3.5 million customers may have been throttled since 2011.

AT&T general counsel Wayne Watts responded in a statement, “The FTC’s allegations are baseless and have nothing to do with the substance of our network management program. It’s baffling as to why the FTC would choose to take this action against a company that, like all major wireless providers, manages its network resources to provide the best possible service to all customers, and does it in a way that is fully transparent and consistent with the law and our contracts.”

In other words, ‘Everybody is doing it so why pick on us?’

And as every parent would respond, ‘Just because everyone else is breaking the law doesn’t make it right for you to do it too.’

But as I pointed out in my last article about AT&T’s cramming scam, whatever the results of this latest lawsuit may be it will be little more than a mosquito bite on the butt of a giant.

Is it even possible to make a car that doesn’t have problems?