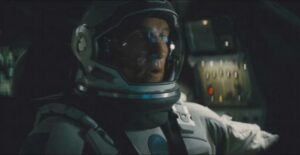 So the review embargo on Interstellar has been lifted, and the official word is out. What’s the verdict so far?

IndieWire put together a compendium of reviews so far, and the consensus seems that it “wows critics but fails to knock them off their feet.” As IndieWire sums it up, “Nearly every review is stunned by the movie’s visuals, which use largely practical effects, shot on film…But they’re also let down by what’s described as the movie’s ungainly structure and a third-act twist that has left more than a few critics scratching their heads.”

Screencrush calls it “a good movie that so desperately wants to be important…I do admire Interstellar for at least attempting to be something that’s not dumb.” Forbes feels “there are a few dazzling images and at least one solid action sequence late in the game…yet the film feels like a grand original work than it does a buttoned-down and overly ‘realistic’ variation on ‘go into space to save the world’ pictures.”

Lastly, for now, we’ll give you veteran critic Todd McCarthy who writes in the Hollywood Reporter that Interstellar is “a grandly conceived epic that engrosses but never quite soars…Interstellar so bulges with ideas, ambitions, theories, melodrama, technical wizardry, wondrous imagery and core emotions that it was almost inevitable that some of it would stick while other stuff would fall to the floor.”