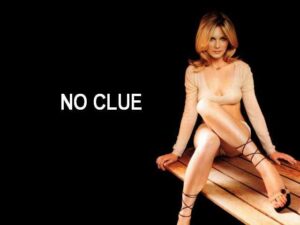 A bevy of brain-dead celebrities who had their iCloud accounts hacked are suing Google for $100 million. Apparently they don’t understand anything about how the Internet works.

First off, you idiots, Google doesn’t own Apple or iCloud. If you want to sue someone, sue Apple.

Thirdly, you idiots, Google doesn’t own the sites where your boobs and carefully coiffed bushes were posted. Other people own them.

Fourth, you idiots, Google started removing links to those sites within hours of being informed about them.

Fifth, you idiots, there were tens of thousands of sites displaying you in your birthday suits and removing all those links takes time. It’s not like they have an automated system that searches the web for examples of your bad behavior (although they could remove all links to any site that even mentions your name – would you prefer they did that instead?)

Sixth, you idiots, Google doesn’t own the web, they don’t own the sites, they didn’t take the pictures, they didn’t steal them – Google is a search engine! It helps people find things on the web. That’s it! They aren’t responsible for everyone’s actions. They are not the Internet’s babysitter or police force.

Finally, you idiots, if you don’t want people looking at snaps of your naughty bits THEN DON’T TAKE NAKED PICTURES OF YOURSELF AND DON’T STORE THEM WHERE PEOPLE CAN GET THEM!!!

If we needed any more confirmation that these celebrities really are brainless idiots, this lawsuit seals the deal.

Zombieland Sequel in the Works

Leonardo DiCaprio Out as Steve Jobs