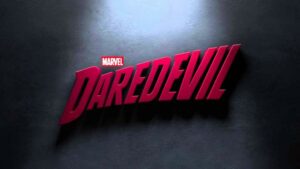 While The Avengers Age of Ultron is going to be the biggest thing since sliced bread at the box office this weekend, Daredevil is making big waves on Netflix. It’s nice to see a great character resurrected from a terrible movie (I still have hopes for a Howard the Duck reboot some day), and apparently Daredevil was almost a movie again.

In addition to writing and directing Age of Ultron, Joss Whedon is also a Marvel consultant, and apparently he felt Daredevil should be a theatrical film instead of a cable series.

As Collider reminds us, there was a major effort to try and make a Daredevil film directed by Joe Carnahan, and it was going to be done retro seventies style, like the movies Serpico and Death Wish. Now Whedon has told IGN he fought to make Daredevil a movie, and he hasn’t seen the show yet, but he’d love to check it out.

“If the show’s working, the show’s working,” Whedon said. “Comic books are serialized entertainment and a lot of them lend themselves to TV shows as much or more than they do to movies…I like Daredevil because he’s basically Marvel’s Batman, thanks to Frank Miller basically. I didn’t think they’d be ale to sustain that sort of mood on TV, but TV has changed so much…I think it might just be the right place.”