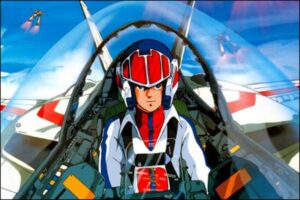 You’ve read here on TG that Robotech, the famed cartoon of the eighties, and now with the insane success of the latest Fast and Furious movie, James Wan is close to a deal to direct the big screen version of ‘Tech.

Wan first broke in big with the Saw films, and with the latest Furious flick making over a billion world-wide, hitting the billion mark even faster than Avatar did, he can pretty much write his own ticket. Sony reports that talks are in an “early” stage, but whether you like the Fast and Furious movies or not, it would be a trip to see the ultra high tech speed of a Furious flick applied to an Asian cartoon.

As previous reports confirm, Tobey Maguire is onboard as a producer, and so is Akiva Goldsman (screenwriter of A Beautiful Mind and Batman and Robin), who is also creating a new universe for the Transformers series. Wan is also up to direct the Aquaman movie, although it would be cool to see him cram in Robotech before he does another Fast and Furious, or a superhero flick, if the bait of Aquaman is too strong to resist.

Wan also did the horror film The Conjuring, and Collider tells us his next movie will be The Conjuring 2: The Enfield Poltergeist. But again, he would actually be a very good choice for Robotech, which we hope we’ll see on the big screen before the decade’s end.

Windows 10 and HoloLens at Build: Nothing Short of Amazing

Daredevil Was Almost a Movie (Again)