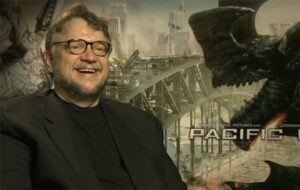 While it’s still a ways away from release, Stephen King has raved about the new Guillermo Del Toro film, Crimson Peak, which is a period ghost story. While it’s an exciting prospect that Del Toro could deliver another great horror movie, we’re also dying to see his superhero project, which has been called the dark Avengers, or the dark Justice League.

In fact, the project is currently going under the title Justice League Dark, and it will have the team of John Constantine, Deadman, Zatanna, and Madame Xanadu. (I was especially excited about this, cause I remember reports it would also have Swamp Thing, who is long overdue for a reboot.)

While Del Toro told Collider that the project would have to “fall into the plan of the DC Universe,” we think a much darker superhero team would be a great counterpoint to The Avengers. Suicide Squad is clearly shooting for something like this as well, and Del Toro could really deliver something great with this kind of darker team.

As he added to Collider, he’s already revised the script, which is in development at Warner, “and I think the screenplay and the characters are very solid…It all depends on the calendar, you know? If I can do it, I would love to do it.”

Let’s hope Guillermo can definitely clear some space for this one, because while we think the whole superhero thing is only going to keep riding so long, we think this one could really have some impact.