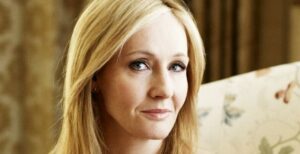 J.K. Rowling will always be best known as the woman who gave us Harry Potter, we all know this, but you can’t blame the woman for trying to do more with her career. So she wrote her first adult novel, The Casual Vacancy, which certainly sold well, but nowhere near Harry Potter numbers.

This is of course to be expected, you can’t win the Lottery like that twice, but we wonder how much interest in Vacancy will be revived when the miniseries debuts on April 29.

Vacancy is about a British village that seems nice and proper, but is really caught up in a class war. Michael Gambon from Harry Potter stars, along with Keeley Hawes (Death at a Funeral), Rory Kinnear, Monica Dolan, and Julia McKenzie.

This mini-series is a three-parter, with parts one and two playing back to back on the 29th of April, and the conclusion playing the next evening on the 30th. The Casual Vacancy was made in conjunction with HBO and the BBC.