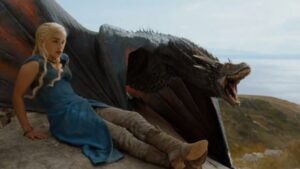 We just reported a story about how a Game of Thrones casting call for extras brought out 86,000 people in Spain where only 600 or so people were needed. The show is clearly still on fire, and the cast has just gotten a nice payday increase.

How big of an increase? According to the Hollywood Reporter and Vulture, they’re now the highest paid performers on cable. This deal is for the seventh season, and the deal is on what the Reporter calls “a tiered system,” based on the hierarchy of the stars.

As The Reporter tells us, there’s the A tier of actors, which included Kit Harington, Peter Dinklage, then there’s the B list of Natalie Dormer, Sophie Turner, and Maisie Williams. With the B list, they get raises, as well as options for the seventh season as well. (There’s also another tier of actors getting smaller raises as well.)

As Vulture tells us, the plan has been to do seven seasons, or as producer David Benioff said, “Seven gods, seven kingdoms, seven seasons,” which means we’ll have Game of Thrones around for three more years.

Gambit Spin-Off Movie in the Works

JK Rowling Is Back With More Stories For Halloween