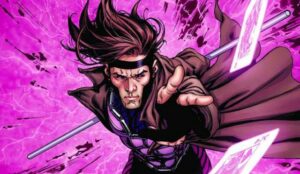 These days, superhero teams are all the rage, and we’re certain to see spin-off films that take place in certain superhero universes. It’s a strategy similar to the upcoming Star Wars films, where there will be the main Star Wars flicks, and solo movies for Han Solo, Yoda, etc.

Now Deadline tells us there will be a solo film for Gambit, much like Wolverine’s had his own flicks for years now. Channing Tatum has been signed up for the solo flick, with Josh Zetumer (the RoboCop reboot) writing the script.

Deadline tells us the script is based on a treatment by Chris Claremont, who created Gambit with Jim Lee. And as Deadline reminds us, Tatum is currently gaining a lot of Oscar buzz for his role in Foxcather, but first he’ll have to do Magic Mike XXL before heading off to do the Gambit flick.

In any event, the X-Men universe is going very strong with Bryan Singer returning in the director’s seat, and it doesn’t show any signs of slowing down any time soon. We’re curious to see what other potential X-Men spin-offs could be in the works, although even with a character as strong as Wolverine, we think it’s still the team of characters working together that makes the movies so cool.

The Game of Thrones Gang Gets a Big Raise