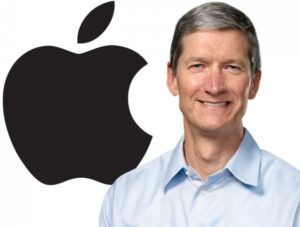 We don’t often hear about gay issues in the tech world, if at all, and usually sexuality doesn’t seem to come up, although Mike Judge, creator of the show Silicon Valley, did feel that women were under-represented in tech. Yet maybe we’ll be hearing more about gay people in the tech world now that Apple’s CEO Tim Cook has officially come out.

Cook chose Bloomberg Businessweek to make the announcement to the world, writing, “While I have never denied my sexuality, I haven’t publicly acknowledged it either, until now. So let me be clear: I’m proud to be gay, and I consider being gay among the greatest gifts God has given me.”

In writing about Cook coming out, The Daily Beast feels “it says something abut the brand size of Apple, and – more piercingly – the dearth of openly gay CEOs and businesspeople at Cook’s level: the public declaration of his sexuality can still command headlines and lead the news agenda.”

These days, whenever a major figure comes out it’s usually big news, then people accept it and move on to other things. We also don’t feel there’s the fear that coming out could hurt somebody’s career, like many in Hollywood believe when a star chooses to acknowledge they’re gay.

Through these news reports, we also learned there’s an organization called StartOut, which the Beast calls “the first national network of LGBT entrepreneurs,” and they said in a statement, “While there have been substantial gains for the community in representation and visibility in politics, entertainment, journalism, and now even sports, in too many places the corporate closet continues to flourish, and there are virtually no role models in the senior ranks of the business community. Today that changed with Tim.”