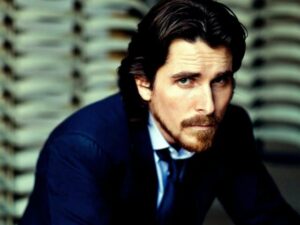 We’ve said it before, we’ll say it again, Christian Bale is a great choice to play Steve Jobs, and now he’s officially playing the role.

The news was broken by Aaron Sorkin, who wrote the screenplay for the upcoming Jobs biopic, which will be made by Sony. Sorkin told the Hollywood Reporter, “We needed the best actor on the board in a certain age and that’s Chris Bale. He didn’t have to audition.” Then Sorkin adds, “Well, there was a meeting.”

We at TG are very excited about this news, and indeed feel that Bale is the right choice to play Jobs. And Sorkin said this will definitely be a challenge for Bale.

“He has more words to say in this movie than most people have in three movies combined. There isn’t a scene or a frame that he’s not in. And there’s a tremendous amount of language. So it’s an extremely difficult part and he is gonna crush it.”

Will Ouija Scare Up Audiences?