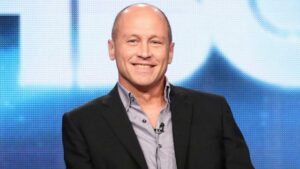 Mike Judge exploded on the scene in the nineties with Beavis and Butthead, and he proved that he wasn’t a one hit wonder when he followed up with Office Space, Idiocracy, and King of the Hill. Now he’s back tweaking a new target with Silicon Valley.

It somewhat odd that someone who specialized in white trash humor would take on the land of tech, but there’s humor to be found everywhere in life, so why not Silicon Valley?

As Judge told The Hollywood Reporter, one thing he likes to bring up with the show is he feels there’s not enough women in the tech business. Judge’s ex-wife worked in tech, yet he adds, “We wanted to take shots at the tech industry for not having women in it. It seems to have always been that way. Even when you major in computer science or engineering, there’s very few women.”

No one’s saying there’s female discrimination in tech, “but if there really is discrimination going on, it’s a serious problem,” Judge adds. Yet there will be several new prominent roles for women in the second season of Silicon Valley. In fact, Franchise Herald reports the debut of season two has been delayed to add women to the show. Season Two of Silicon Valley will now be launching in April 2015 instead of late this year.

Transformers 4 is Number One Again