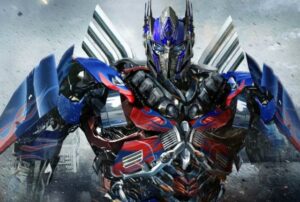 When Michael Bay finally relented and came back to the Transformers series, you knew two things would happen. The reviews would be horrible, and the movie would make a sh*theap of money.

And now Transformers 4 is on top again. As Variety reports, it’s the number one movie on the home video charts, easily blowing away the competition for DVD and BluRay sales. Considering it’s the fourth in the series, it’s also ironic to note it’s the fourth highest grossing movie of the year.

This shouldn’t be any surprise. Again, whether audiences love ‘em or hate ‘em, the Transformers films have a big fan following, and they can probably make at least one more before the whole thing runs out of steam.

In fact, this kind of action practically guarantees there will be at least one more, if not more. So hate Michael Bay all you want, and I’ll be more than happy to join you, it’s not gonna stop these autobot juggernauts.