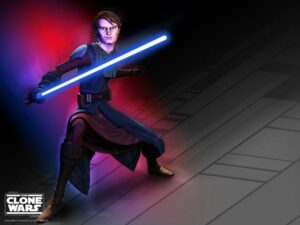 Out of the many Star Wars spin-offs, fans really enjoyed Clone Wars, which was recently brought to a halt before it was able to finish off properly, much like the Star Wars video game series, which some felt provided better Star Wars stories than Lucas did.

So now we can finally see the last of Clone Wars, four episodes that have been released online, and while the episodes are a bit crude with work that still had to be done, you can download them at starwars.com.

As The Wrap points out, there were storylines that needed to be completed, and one stary was indeed wrapped up with the Dark Horse graphic novel Star Wars: Darth Maul: Son of Dathomir, but the Clone Wars creative team felt that animation was the best way to tell these stories.

We’ll see where the Star Wars spin offs go from here, and maybe Clone Wars can be resurrected one day with Star Wars mania hitting theaters again next year in December with Episode VII.

Alex Winter Gives Us Hope For Bill and Ted 3