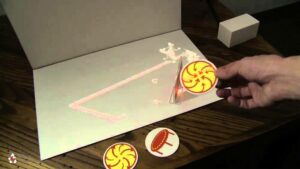 So the Simpsons and Family Guy did a crossover episode, and I for one am glad because this is definitely a Family Guy / South Park generation, and the young swingin kids of today should learn about The Simpsons, which will always have a big place in my heart.

Both cartoons were created by men who turned their animated obsessions into empires: Matt Groening and Seth MacFarlane. In a joint interview for Entertainment Weekly, MacFarlane admired the awards in Groening’s office, as well as a Bart fetus in a jar. In addition, Groening had an unauthorized Duff Beer, and promised real Duff would be on the market soon.

On more serious matters, MacFarlane said The Simpsons “redirected the course of where I wanted my professional life to go. I wanted to be a Disney animator, and then The Simpsons…it just rewrote the rulebook.”

Groening in a sense knew a show like Family Guy would follow in his wake, “And ultimately there are all these shows out there that are creator-drive – they’re a vision of somebody who can draw. My first take [on Family Guy] was: Oh my God, we got competition. This show is wilder and harsher and nastier.”

Obviously when you’re on their level, there’s plenty of success for everybody, and here’s hoping today’s Family Guy fans will be inspired to go back and enjoy the joys of The Simpsons.

iPhone 6 Not So Bendy Afterall