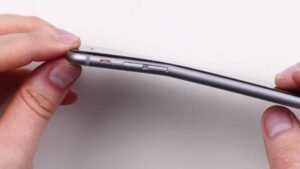 No matter how good of a job you do, somebody’s always gotta complain. The iPhone 6 comes out, it makes major news, but not just for being a new iPhone. In fact, many complained you can bend it, which has already coined the terms “bendgate,” and “bendgazi.”

The publication added, “All the phones we tested showed themselves to be pretty tough,” so perhaps this bendgate stuff has been blown out of proportion. Once this controversy dies down, and it’s probably already dead by the time this blog goes up, we’re use a lot of iPhones will continue to sell.

According to Sfgate, it’s already sold over 10 million units the first weekend available in ten countries, and Apple is predicting “astronomical profits for the fourth quarter.”

Did Disney Copy Frozen from Yearnings of the Heart? Nope