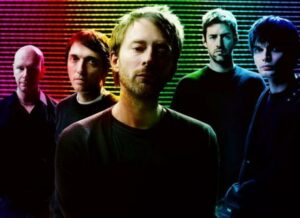 With the music business, or what’s left of it, in such a disarray, Radiohead has put new music out in the world in different ways. First they put out an album where fans could pay whatever they felt like paying for it. Now they’re putting out new music via BitTorrent.

As Rolling Stone tells us, Radiohead leader Thom Yorke has said that “it’s an experiment to see if the mechanics of the system are something that the public can get its head around.” If you want to get the album through BitTorrent, it’s $6. You can also download a video from the album, A Brain in a Bottle, for free.

“If it works, anyone can do this exactly as we have done,” Yorke continued. “The torrent mechanism does not require any server uploading or hosting costs or ‘cloud’ malarkey. It’s a self-contained embeddable shop front. The network not only carries the traffic, it also osts the file. The file is in the network.”

Since the music business collapsed, artists have to take control of their music, and futures, more than ever. Could Radiohead’s models eventually become the way of the future? However things pan out, it’s always nice to see bands giving something back to the fans, and taking away from the greedy corporate thieves that are still around.