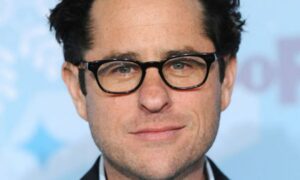 J.J. Abrams is a busy guy, we all know this. He’s got a ton of projects in the works, most important of course is Star Wars, and now he’s going to join forces with Stephen King, much like King teamed up with another big superstar director, Steven Spielberg, for Under the Dome.

As Variety tells us, there will be a series based on King’s novel, 11/22/63, which was about someone going back in time trying to stop the Kennedy assassination. Abrams will be executive producing, and the industry trade feels that this is Hulu throwing down the gauntlet, and putting original content in the ring to compete with Amazon and Netflix.

This will be a nine-hour miniseries for Hulu that Abrams’s Bad Robot will produce along with Warner Brothers, who actually launched Stephen King on television with the 1979 mini-series version of Salem’s Lot.

While Abrams had some set backs last year with the cancellations of Alcatraz and Almost Human, he should still have quite a few more hits to come because everybody has down periods, even superstar juggernauts like Abrams.

As King himself said in a statement, “If I ever wrote a book that cries out for long-form, event TV programming, 11/22/63 is it. I’m excited that it’s going to happen, and am looking forward to working with J.J. Abrams and the whole Bad Robot team.”

Get ready for a battle between law enforcement and technology