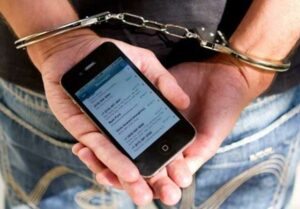 Last week Apple and Google both announced that they will be implementing in-phone security encryption that even the companies won’t be able to circumvent. Both Apple and Google said that even with a court order from law enforcement or government agencies they simply won’t be able to crack a locked phone that has the new default encryption enabled.

As I mentioned in a previous article, I thought it was interesting that both companies specifically mentioned the new encryption techniques would protect us against law enforcement and government agencies and didn’t even mention hackers or thieves. The implication was that the most serious threats to our security are our own police forces and our own government.

I also said that I expect to see a lot of emergency, fast-tracked legislation implemented at both the state and national level that would require Apple, Google and others to build in some kind of back door for law enforcement in any products they create and making any one-way, un-crackable encryption illegal.

Sure enough, today FBI Director James Comey said he is concerned about moves by Apple and Google to market phones that can’t be searched by law enforcement.

“What concerns me about this is companies marketing something expressly to allow people to place themselves beyond the law,” Mr. Comey said in a briefing with reporters.

The Federal Bureau of Investigation director said he wants to understand the technology better, adding that “it may be time” for a national conversation about whether “we are doing things that no longer make sense, that are no longer consistent with our commitment that we are a country of law where no one is beyond the law.”

It would be nice to think that when Mr. Comey said “we are doing things that no longer make sense,” he was talking about law enforcement and not ‘we’ meaning Apple and Google.

Supposedly the FBI has been in touch with both companies “to understand what they’re thinking and why they think it makes sense.”

Again, I don’t think Apple’s and Google’s moves are all that altruistic and that they are taking these steps to protect us from big brother. I think it is more about removing themselves from the legal loop where they are required by law to be complicit with the court, police and the government’s desire to have easy access to people’s private property.

Our police and government operate on the assumption that everyone is a criminal or terrorist until proven otherwise.

Mark my words, within the week some senator or congressperson is going to have a bill drafted and put forward that will try to curtail the effectiveness of any encryption techniques that law enforcement might find bothersome.