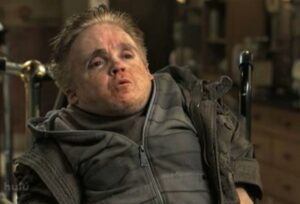 Now his cranky whining has been silenced. According to The Wrap and various other news sources, Eric Lynch, aka Eric the Midget, has passed away at the age of 39. The cause of death is currently not known, but according to his manager, Johnny Fratto, he was surrounded by family and friends in Sacramento.

Although he hated the term “wack packer,” Eric was one of the best in the bunch. He tried to be an actor as well, with appearances on Fringe, where his head famously exploded, and In Plain Sight, where he performed alongside Mary MacCormack, who played Howard’s wife in Private Parts. Even though his thesbian powers were meager, he insisted on being called Eric the Actor on the show.

Stern fans everywhere will miss him, although he gave us many hours of priceless radio. Jimmy Kimmel tweeted, “Eric the Actor was my all-time favotie @HowardStern caller and I will miss him terribly.” He ended the Tweet with a famous Eric the Midget salvo, “#ByeForNow.”

From the Mean Streets of L.A. to Suicide Squad