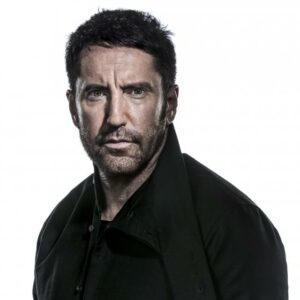 Film buffs everywhere are dying to see the latest from director David Fincher, which is coming on October 3. It’s the adaptation of the Gillian Flynn mystery, Gone Girl, and the soundtrack by Trent Reznor is already generating good buzz.

Just scanning the net headlines, the adjectives used to describe the music are “eerie,” “creepy,” “chilling,” and “ominous.” Reznor told Rolling Stone the soundtrack was inspired by “really terrible music you hear in massage parlors.” (We wouldn’t know, but we think we get the picture.)

As Reznor continued, the music, like what you’d hear in a massage parlor, “artificially tries to make you feel everything’s OK. Then imagine that sound starting to curdle and unravel.”

The first reviews for the Fincher thriller are now in, and Variety raved, while Hollywood Reporter felt it fell a little short of the director’s best. Variety breathlessly called Gone “mesmerizing,” an adjective I’ve always hated in describing something great, and they also called it “intricate and richly satisfying…surgically precise, grimly funny…”

A Howard Stern Wack Packer is No More