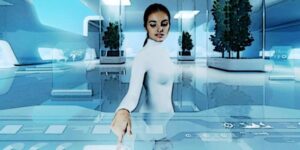 Artificial intelligence (AI) is beginning to invade every aspect of the workplace. This is evident in the massive automation of many tasks. From production areas, AI-enabled machines replace a lot of manual jobs.

This is why recruiters who used to hire anyone who could work as a factory worker are now looking for people who have IT backgrounds in order to operate some high-tech machines that can perform a particular job.

On the other hand, recruiters who are using search engines on the internet are indirectly being dictated by AI in finding the right candidates. Lyfe Marketing, a SEO Company in Atlanta states that search results nowadays are based on semantics, which means the search algorithm knows what’s best for you.

This means it doesn’t only provide you with results according to your keywords, but it also suggests other options based on the manner you look for a candidate.

Will AI Completely Automate All Jobs?

When AI and robotics in the manufacturing industry were first used many people thought it was the beginning of the end of all jobs. When big car manufacturers began to use robots in their manufacturing plant, a lot of manual jobs were replaced; however, this created different types of jobs.

Although intelligent machines can now perform certain tasks, these machines still need human intervention as they need to be programmed, maintained, and managed.

Because of this, tech jobs have become in high demand. Programmers are no longer working like office secretaries as they have become specialists and consultants.

Instead of directly operating an AI machine they train and manage people to do it. This means AI automation will always need a team of people to keep the technology up and running.

Meanwhile, some office tasks are being replaced by some productivity software programs. These tasks used to be performed by encoders and by other administrative staff who performed repetitive jobs are now done by software.

Again, systems like this still need maintenance to fix bugs and glitches. So far, such tasks can’t be done by AI machines as only developers can perform them.

In other words, AI automation can’t completely eliminate all jobs; instead, it will only change the jobs from manual to technical. In the past, recruiters were accustomed to determining the physical skills of candidates. Nowadays, they are busy looking for people with knowledge and skills in IT.

Is AI the Future of Tech Recruiting?

If you read all the books written by Alvin Toffler such as “The Future Shock,” you will discover that the corporations and states will be managed and controlled not by politicians or corporations, but by technocrats such as engineers, scientists, and IT developers. It means the future is not truly for AI but for the IT experts.

In tech recruiting, such predictions are now taking shape. Recruiters have begun considering IT talents for many different jobs as some are operators while others are managers. As a matter of fact, even some recruiters are now being replaced not by AI but by IT experts.

IT professionals are the future of AI instead of the other way around. Without these professionals, AI machines will never be able to run on autopilot. For this reason, recruiting has become synonymous to tech recruiting.

Artificial intelligence has not only transformed a lot of jobs, but also the manner of recruiting, which has shifted in favor of IT professionals. Therefore, recruiters nowadays can easily determine which skills are important to consider when looking for the right candidates to hire.