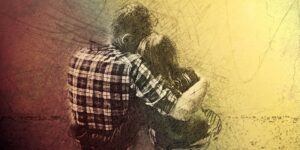 Premature ejaculation (PE) is a problem that affects a large number of men. However, most of those afflicted with this issue don’t want to talk about it—sometimes, not even with their doctor or partner. It happens when a man consistently achieves orgasm far earlier than he (or his partner) would like, usually within 1 to 2 minutes of the start of penetration. Although PE is considered a male sexual dysfunction, and there are ways of curing PE, it can have an impact on the women who are part of those men’s lives. Having PE is a difficult thing, and it turns out that loving someone with PE can also be a struggle. What impact does PE have on women?

Some women may react to their partner’s PE by feeling embarrassed or frustrated. A woman whose sex partner achieves orgasm in a very short time span might feel confused, as though she has done something “wrong.” If the PE happens often, she may grow frustrated with the experience and find herself wishing for longer periods of penetrative sex. Just as the man who suffers from PE might feel frustrated with his difficulty controlling his orgasm, the woman in his life may share in that frustration. Remember: PE is frustrating for everyone involved.

In a May 2014 study, researchers at the University of Zurich found that the partners of men who had PE were prone to feeling unimportant and overlooked—not because of the PE itself, but because of the sense of disconnectedness that they felt from their partners (who were hyper-focused on controlling their orgasms). If a man with PE has to throw all of his concentration into avoiding orgasm, his preoccupation with his own impending orgasm (and with “fighting it off”) can make the woman feel like she is unimportant or that her sexual needs are being overlooked. Indeed, this may be the case, even though it may be by accident—after all, it is difficult for a man to focus on what his partner needs in the moment when he feels like every little bit of his focus is needed to hold off on having an orgasm too soon.

The frustration that comes along with having a partner with PE can develop into something even worse: resentment. If a woman believes that her partner isn’t doing enough to satisfy her needs—or, worse, believes he is depriving her of sexual satisfaction to be spiteful—she may get angry and start to resent him, even though he would sincerely like to have more orgasmic control and truly wants to make her happy with his sexual performance. This resentment can sow the seeds of relationship troubles outside of the bedroom if the feelings (and their causes) are not addressed.

Developing sexual dysfunction of her own

Unfortunately, having a partner who is struggling with a sexual dysfunction like PE can eventually lead a woman to develop a sexual dysfunction of her own. According to a 2011 study published in the Journal of Sexual Medicine, women whose partners have PE report experiencing loss of sexual satisfaction and loss of libido, as well as having orgasm-related problems of their own. So, while the men are having difficulty with early orgasms, the women may be having difficulty having an orgasm at all. In a relationship, when one person is suffering, the other person also feels the pain—and this is just as true with premature ejaculation as it is with any other sort of problem.

Premature ejaculation has many causes

The causes of premature ejaculation are varied, but the main issue that afflicts all men with PE, no matter what the roots of their condition are, is an inability to recognize the “point of no return” and extend the “plateau” phase of sexual excitement. This causes them to go beyond the “point of no return” much more quickly than men who do recognize it and are able to hold back and lengthen the amount of time they spend at the plateau before having an orgasm.

Premature ejaculation is treatable, and partners can help

This may all sound quite dire, but there is a light at the end of the tunnel: premature ejaculation is easily treated by practicing sexual behavioral therapy exercises, either with the help of a sex therapist or on your own. The women whose partners have PE can play a crucial role in helping during treatment, too. Women who have felt frustrated, confused, left out or overlooked because of their partners’ PE can be active participants in their partners’ treatment, and the treatment can help not only with the PE itself, but it can help repair the relationship bond that sexual dysfunction may have been threatening to break.

Andrew Wilkes is a health writer for the Between Us Clinic, which offers the PE Program, an online home exercise program for treating premature ejaculation.

How AI Will Impact Tech Recruiting

How Can You Take Benefits From Coupon Codes?