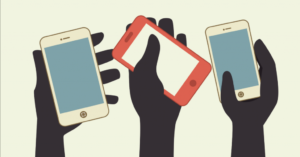 In 2016, new product reveals from Apple and Samsung had people waiting in lines to purchase new phones, some who camped out for several days. These phones come at a high cost, though, so many people sell their old phones to help cover the amount. Oftentimes, they’ll unlock their phones so they can work on any network and can be sold for more money, meaning more cash to put towards a brand new phone.

If you’re interested in selling your phone and buying a new one, you might be wondering which phones are best. Well, much of that answer is subject to personal opinion, but here are some of the phones that techies and experts alike have named the best phones of 2016,

It’s not surprising that Apple’s newest phone made the top of the list, especially because it features an all-new waterproof design. It’s a little bit large for a cell phone, but there will likely be a smaller version in the future. It has an incredibly fast A10 Fusion processor with a much better camera and graphics. It also runs iOS 10, which is the latest mobile OS to be developed. You’re looking at about $700 for a brand new phone, however, so you should probably sell your old phone to offset the cost.

This phone is arguably tied with the iPhone 7 in ratings, and it’s definitely the best Android smartphone in the world. It has the iconic dual curved display to give it more of a 3D, futuristic look. The display has higher graphics with a better camera, and the battery life is longer too. It’s a lot cheaper than the iPhone 7, coming in around $550 for a brand new device.

As the XL indicates, this phone is larger than some of its previous counterparts. It’s also very attractively designed with plenty of power to boot. It also has one of the best cameras on the market. If you don’t like the larger screen, there’s a 5-inch Pixel that’s still a great option.

This is one of the few waterproof phones available. The battery life isn’t great, but it has an excellent camera with 23MP on the back of the phone. It also features a unique fingerprint sensor on the side of the phone, giving it an exclusive, modern feel. These run at about $475 a pop.

It’s true that this phone lacks some of the fancy features of the iPhone or Galaxy, but the price can’t be beat. For less than $150, you can take home a brand new phone that works surprisingly well for the price. The processor could be a little faster, but it has a great, water-resistant design and battery.

Another iPhone makes the list because it’s everyone’s favorite small phone. It’s small, but it doesn’t lack power. It’s just as fast as the iPhone 7 with great battery life and plenty of storage. Its design is much like the iPhone 5 models, making it the perfect size to fit in your pocket. The camera isn’t as good and some of the features are a little outdated, but it’s the cheapest model Apple has ever released.

Perhaps you haven’t heard of the OnePlus before, as it’s not one of the major brands, but that doesn’t mean it’s not a great phone. It has great specs for fast processing and storage. There’s an HD screen, a good camera, and fingerprint sensor. It’s more affordable than many of the name-brand smartphones, but the average user will likely have a positive experience using it.

How to Set Up a New Business Using Cloud Services