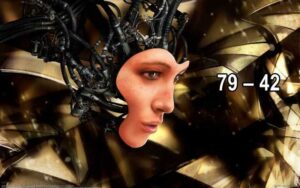 Her light has not dimmed. Her shine remains resplendent (with just a few smudges here and there). Cortana once again picked 10 out of 15 NFL games in week eight of this 2014 NFL season.

The Microsoft AI’s record for the season stands at 79 and 42. Vegas bookmakers have a season record of 80 and 41. We’re hoping that Cortana can catch up this week although that would all hinge on the San Diego versus Miami game since Cortana and Vegas agree on every other game.

I somehow managed to pick 10 out of 15 as well this past week so my record stands at 72 and 49 (after week seven’s debacle I almost considered consulting my dogs for advice but they’re not really into football).

And just because I’m a Raiders fan (go ahead and laugh or shake your head in sympathy) I feel that I have the right to cheer the silver and black when appropriate and criticize them when things inevitably end up heading down the toilet. So looking forward to the remainder of the season…actually ‘looking forward’ isn’t exactly the right way to put it…I don’t think any Raiders fan is actually looking forward to the remainder of the season. Let’s just say looking at the Raiders final nine games I can only see one game where they might possibly, maybe, probably not have any chance of winning and that’s against the Saint Louis Rams. Other than that game they have to play the Seahawks, the Chargers, the 49ers and the Bills one time each and the Broncos twice and Chiefs twice. That’s going to be some tough sledding as they say back east.

Now why does any of this matter?

It doesn’t. I just like football and Cortana, being an artificial intelligence, gives me an excuse, although be it a somewhat tenuous excuse, to try and put a technology spin on the sport and write a few short articles about the games.

And just in case you were interested, I haven’t been able to find out if Cortana picked the Giants to win the World Series or not. Perhaps she’s just not a baseball fan or maybe, like most of us, even Cortana gets confused by the mountains of statistics they keep.

Step up to the online television buffet