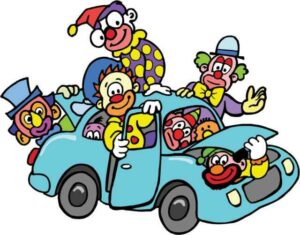 2014 has been the year of the recall. Millions of cars from just about every manufacturer have been recalled for dozens of different reasons – some simple things and some potentially deadly. There have been so many recalls of late that you have to wonder – is it even possible for automobile manufacturers to make a car that doesn’t have problems?

If you think about it a modern automobile is an amazing piece of engineering, technology and manufacturing magic. There are so many complicated components manufactured by hundreds of different companies all over the world. Parts are built, shipped and assembled into vehicles that are then shipped out to consumers.

It would be hard to calculate the number of people (and robots) who have their hands on the thousands of auto parts that go into a car these days and every single one of those people can screw something up. And many times that screw up results in a recall somewhere down the line.

How do you catch all those mistakes? Is it even possible to catch them all?

But another part of this problem is the money factor. The reason so many auto manufacturers bought those faulty Takata airbags was simply because they were cheaper than those built by other manufacturers. Every dollar a car company can save on the parts they buy the more money drops to the bottom line. I seriously doubt the car companies picked Takata airbags because they were the best that money could buy. The same applies to most of the electronics that go into a modern car (Ford doesn’t make GPS systems or CD players or heads up displays – they buy them from someone else – and you can bet they shop around for the best prices rather than the best quality).

Unfortunately that thinking also holds true for how auto manufacturers treat their own workers. Every dollar they can save on labor costs means more money for the corporation. So they shut down American plants and move their operations to other countries where labor is cheaper (and quality goes down).

I personally believe that we have reached a point in time where there are so many complicated parts and people involved in the construction of a modern automobile (all chosen based on cost rather than quality) that it is virtually impossible to make a car that doesn’t have something wrong with it.

Even if GM, Ford, Toyota or any large car manufacturer wanted to build a car that was even 99 percent default free they simply couldn’t. No matter how much they paid for parts and skilled labor there are so many interconnected links in the chain it would be impossible to check and double-check and test everything.