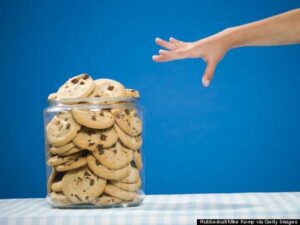 It’s a rare case of the FTC actually doing something they are supposed to do. Earlier this week the agency announced it is forcing AT&T to give customers back $80 million of the estimated $269 that they stole by routinely charging customers for services they didn’t authorize.

In a practice referred to as ‘cramming’ AT&T typically charged customers $9.99 per month for unrequested, third-party subscriptions for ringtones and text messages providing horoscopes, flirting tips, celebrity gossip and “fun facts.” AT&T collected at least 35 percent of these fees and that translated to a profit of $108 million in 2012 and $161 million in 2013.

So that’s $269 million in just the last two years alone and it’s almost certain that AT&T has been pulling this same stunt for many years prior to 2012.

I’m not sure why no one seems to be looking for those ‘third-party’ companies who collected the other 65 percent of those fees. So someone else made almost $520 million over the past two years and I wouldn’t be surprised to find out that some of those companies are actually owned by AT&T.

According to the Federal Trade Commission, the structure of billing statements made it “very difficult for customers to know that third-party charges were being placed on their bills.” Even when customers complained, refunds were often denied.

So now the telecommunications giant will have to give back some of the money they stole.

The FTC settlement was actually for a total of $105 million but the agency is taking 1/5 of that money or $25 million for their troubles.

So let’s envision a high-level meeting at AT&T headquarter some years ago.

“Let me get this straight. We’re going to illegally add incremental charges to millions of people’s phone bills and rake in hundreds of millions of dollars?”

“And what if we get caught?”

“Well we can drag things out in court for years and then appeal any rulings against us until we decide to give up.”

“Not at all. We should be able to make nearly half a billion dollars off this scheme in the next five or six years and I doubt any final settlements will be much more than say a million dollars. So ultimately, even if we are caught we will still end up with a profit of $400,000. Either way we win.”

DC Comics Playing Catch Up at the Box Office With Marvel