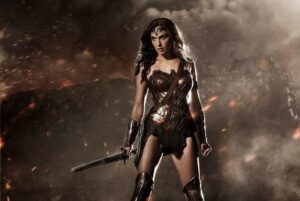 Marvel are the biggest comic superhero company there is these days, we all know this, but DC ain’t chopped liver either. After all, they’ve got Batman and Superman, and now they’re making a big push to catch up with Marvel at the movies.

As we all know, Batman Vs Superman will pave the way for a Justice League movie, and reports have been saying Wonder Woman will get her own movie, but this is in reference to a whole slate of movies DC now has on the docks for the future.

The slate was announced by Warner Brothers, who are also working on bringing back the Harry Potter franchise by creating more stories in the Potter universe. The big daddy of course will be Batman Vs Superman: Dawn of Justice, which will hit screens on March 2016. Then comes Suicide Squad, which is also due for a 2016 release. The big one that fans have been clamoring for forever is a Wonder Woman movie, and apparently there will be one in 2017.

Gal Gadot will play Wonder Woman in Batman V Superman, and she will star in the solo film. Then there will be the first Justice League movie in 2017, The Flash in 2018, and Aquaman in 2018. (Yes, the prophecy of Entourage has come true.)

Also slated for the future will be Shazam, which will reportedly star The Rock and should be in theaters by 2019, and a Green Lantern reboot, which should hit theaters in 2020.

The Book of Life is an Animated Winner