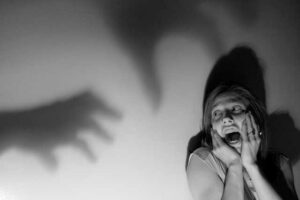 Law enforcement officials, the FBI and others in the government have been coming out in public recently to express their concerns about Apple’s and Google’s implementation of encryption by default that even the companies themselves can’t crack.

The encryption has been in place for years on Android devices, it just wasn’t implemented by default. Apple too has had encryption tools available for iPhones and other Apple devices, but now, like Google, encryption will be enabled by default.

The police and government are worried that they will no longer be able to force Apple or Google to unlock user’s devices even with a court order.

They contend that having a secure phone will lead to rampant drug dealing, child pornography, terrorism and kidnappings that they might have been able to prevent if Google and Apple helped them crack those secure phones.

They are reaching out to both companies in an effort to understand how the encryption works and hopefully get the two companies to work with them to hammer out a solution where people can have ‘secure’ phones that can still be cracked with a court order.

So here are a few points.

Building in a back door would also make it easier for hackers and cyber criminals to crack a phone and with Apple (and PayPal) making a big push into the electronic transactions world the last thing they want is to try and convince people that it is perfectly safe to make purchases with a phone that is only partially secure.

Finally, Apple and Google sell products around the world and if they build in a backdoor for the U.S. government and U.S. police they face the very real possibility of losing contracts around the world, could possibly be banned from some countries altogether or could be compelled to give foreign governments the keys to that back door. And we all know that the more people you share a secret with the more likely it will be leaked.

No doubt there will be a lot FUD (fear, uncertainty and doubt) spread around by politicians, police and other government officials in the coming weeks. They will contend that if people have secure phones then criminals will run rampant, child pornography will skyrocket, drug trafficking will increase, children will be kidnapped, taxes will have to be raised, unemployment will get worse, schools and fire stations will have to be closed, terrorists will murder us in our beds and Ebola will sweep the nation.