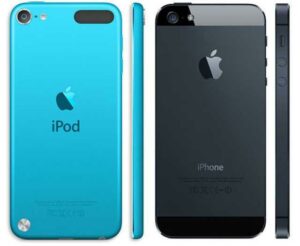 Apple is not having a very good week when it comes to their new iPhones and iOS 8. A new iOS 8 update was released this morning, it broke people’s iPhones and the update was promptly pulled.

This morning at around 10:00 AM Pacific Time Apple released the iOS 8.0.1 update that was supposed to fix some of the problems that people have been having with the new OS. Within minutes people began posting on the Apple forums and calling Apple tech support…well, technically they weren’t calling Apple tech support because their iPhones could no longer make calls and the Touch ID feature no longer worked.

At 11:20, roughly an hour and twenty minutes after the poisoned update was released, it was pulled off Apple’s site.

Many users who installed the update before it was pulled made comments like:

“Great. Apple just turned my iPhone 6 into an iPod 6”

“DO NOT install this stupidity…get your shit together guys….!!!!”

“What in the f%K is their issue lately!?”

“how this escapes apple baffles me.”

“Wow!! Jobs must be turning in his grave over this screw up. Can these guys not get anything right?”

Even the Apple faithful are more than a little ticked off by this blunder and I think they have a right to be pissed off. I don’t care who releases a patch or update or new rev. If it breaks your system then somebody screwed up big time. And, as many people have pointed out, it’s not like Apple engineers are trying to patch things on hundreds of different hardware configurations – they should know how their own products work and be able to thoroughly test any software before it’s released.

I’m sure that eventually Apple will get their act together and fix most of the problems they’ve encountered with their new iPhones and iOS 8 (I don’t think they can do much about the bendy issue without some redesigns) but they aren’t off to a very good start.

Kevin Spacey Is Coming to Call of Duty