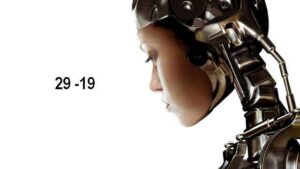 Cortana keeps holding her own as a sports bookie by picking another 10 out of 16 NFL games in week three.

Unfortunately, she dropped one from week two as it turned out she actually picked the Colts to beat the Eagles. So her overall record for the season so far is 29 correct and 19 wrong. Vegas bookmakers have a record of 27 and 21 so Cortana is still slightly better at picking games.

The unusual thing about how Cortana (actually the Bing Predicts NFL model) makes her picks is that along with all the statistical bits and pieces like team rankings, quarterback ratings, home field advantage, etc. the model also includes things like Facebook and Twitter activities relating to each team.

According to Craig Beilinson, Microsoft director of consumer communications “It takes into account the wisdom of the crowd.”

The idea is to catch things that the stats can’t see. It sees public sentiment as the expression of unseen variables that ought to be incorporated in the model next to traditional indicators like rushing stats.

Microsoft says that Bing Predicts started as an experiment to see if they could predict the results of shows like “American Idol” and “The Voice” based on what people were talking about and searching for online.

An article in Business Insider says that Microsoft still views Bing Predicts as something of an experiment. The company breaks down predictions into three categories: open votes (“American Idol”), limited votes (the Academy Awards), and things that happen (sports). The third category is the hardest to get right. Whereas Facebook statuses and tweets about “American Idol” has a relationship to the actual outcome of the show, public sentiment in sports isn’t actionable.

I’m still rooting for Cortana to come out on top and I predict that by the end of the year she’ll have a better record than the bookmakers in Vegas.

Of course, based upon my encyclopedic knowledge of football (and a few lucky guesses) my personal record for the year is 31 – 17 so Cortana has some catching up to do.