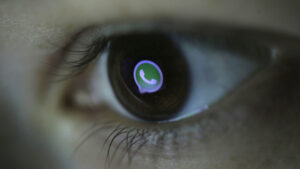 WhatsApp prides itself on being safe, secure and says none of your messages can be tracked. However, there’s a new development this week which tends to put the messaging platform’s claim in a different light.

According to forensic scientist, Jonathan Zdziarski, the popular messaging app leaves forensic trace of all of your chats, even after you’ve deleted, cleared, or archived them… and even if you “Clear All Chats”.

In fact, the only way to get rid of them appears to be to delete the app entirely, he adds. This revelation puts a big question mark on the fool-proofing of the app which is used by over 800 million people across the globe.

Zdziarski came to this conclusion after running a slew of tests on the app.

To test, I installed the app and started a few different threads. I then archived some, cleared some, and deleted some threads. I made a second backup after running the “Clear All Chats” function in WhatsApp. None of these deletion or archival options made any difference in how deleted records were preserved.

However, Zdziarski goes on to sober down those allegations by suggesting that WhatsApp isn’t doing this intentionally.

Just to be clear, WhatsApp is deleting the record (they don’t appear to be trying to intentionally preserve data), however the record itself is not being purged or erased from the database,

He even talks of similar problems with Apple’s iMessage, in which, according to him, the issue is as bad as it is with WhatsApp.

This loophole in the privacy of WhatsApp chats can be regularly used by government authorities, and in the light of recent Apple-FBI case, nothing can be taken for granted any more.

To make sure things get better, Zdziarski has pointed out few methods here by which WhatsApp can prevent a major mishap from happening.

The Slot Machine: From Liberty Bell To Online Games