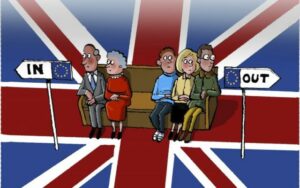 The British pound has been under pressure over the past month as investors prepare for the referendum vote on June 23rd.  Recent polls have shown that the Yes vote has outweighed the No vote by a 46 to 44 per cent.  Polls have showed a 1 percent rise compared to the previous week.  However, when surveying a large group of individuals many have indicated that they were uncertain on which way they would vote on June 23rd.  According to the ICM survey, when those that are undecided is removed from the survey there is a 51 to 49 percent of the population wanting to remain part of the European Union.   Until the Brexit factor is removed the GPB/USD will remain soft.  The fear alone that the United Kingdom will depart from the European Union will continue to test the British Pound going forward.  In addition, over the last week there has been quite a bit of pressure associated to the EUR/GPB.  Ultimately, with the fear that the United Kingdom will leave the European Union the belief is that the Euro will remain and continue to be stronger than the Pound.

In closing, with the looming uncertainty and fear that the Brexit may materialize, the United Kingdom along with the British Pound will continue to sustain currency pressure.   As the June 23rd referendum date looms and United Kingdom citizens continue to flip flop the British Pound will remain erratic.  Although polls have showed that there is a desire to remain part of the European Union as long as there is uncertainty, pressure on the Pound will remain consistent.